Chryssis Bros & Co company has been active for almost half a century in the field of development of high-standard construction projects in the wider region of Attica.

Going into the digital age the company had the chance to re-establish and , thus, relaunch its corporate identity.

The main concept behind the new logo was the commercial objective of the company – that is, construction  or building of a new home in a wider sense. The linear austerity of the house symbol is supported by “beams” as in the initial letter of the family business surname in Greek, X. The golden-yellow color used in the corporate identity is also theme related to the name Chryssis, which is Golden in English, while the navy blue-gray pantone in the background signifies prestige, trust and stability, values ​​of uppermost importance in the company’s code of ethics.

The responsive site of the company follows the modern aesthetics of simplicity and  features of user-friendly browsing. It contains all the new or under construction projects, portrayed through a wide range of photographs and three-dimensional mock-ups and all the important details a potential buyer wants to know about. 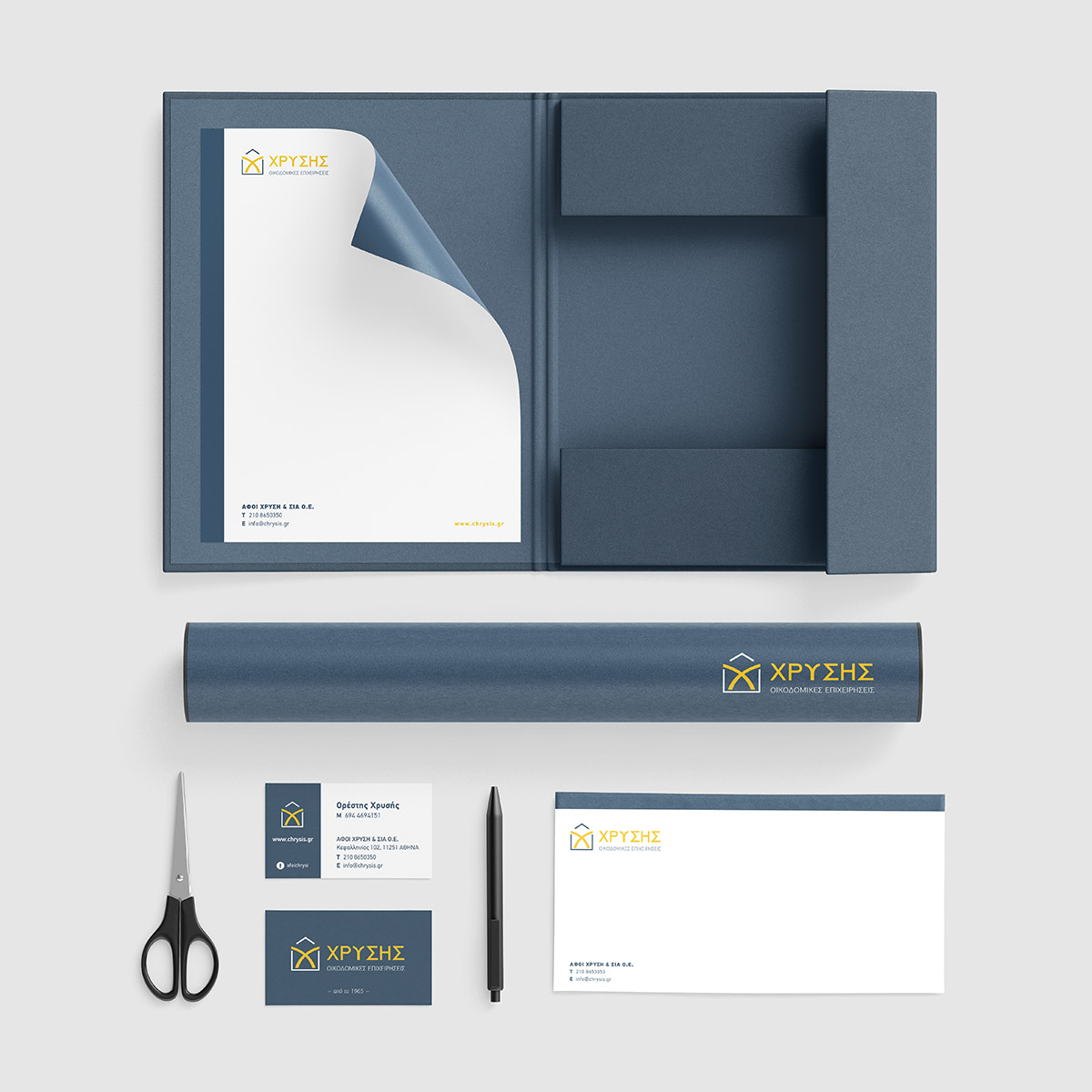 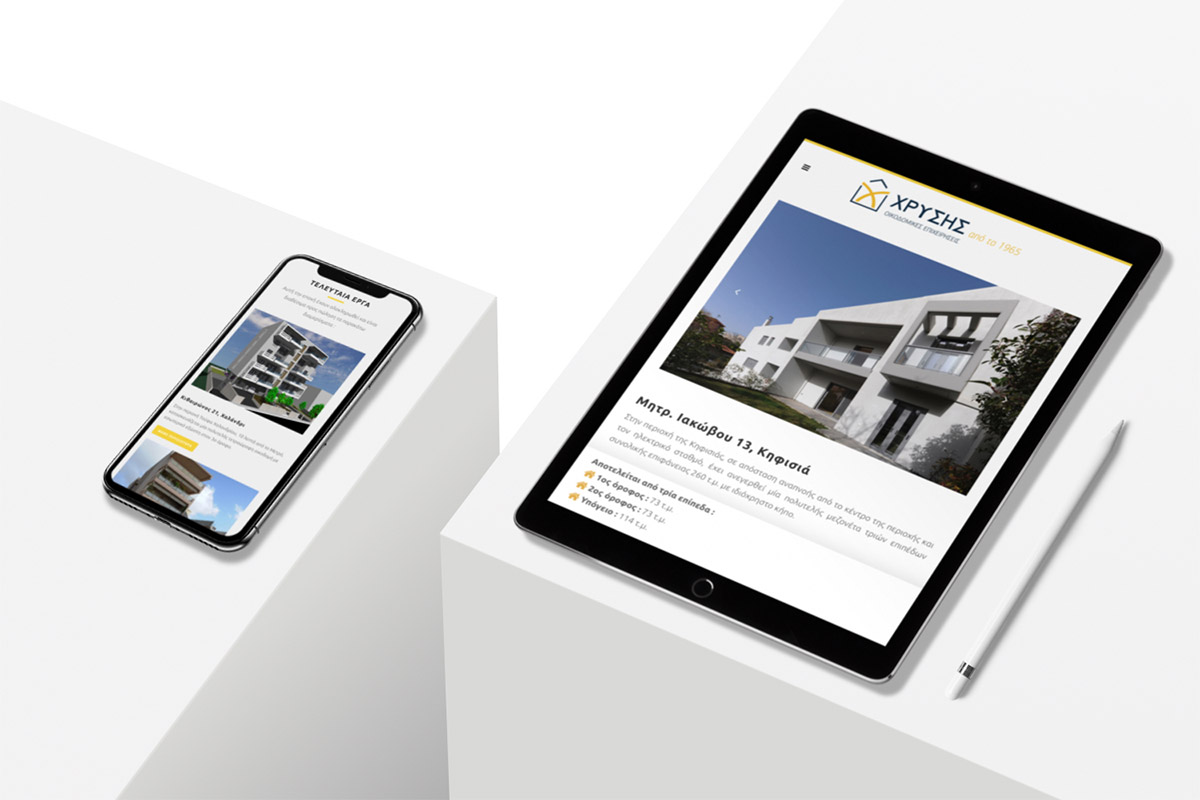 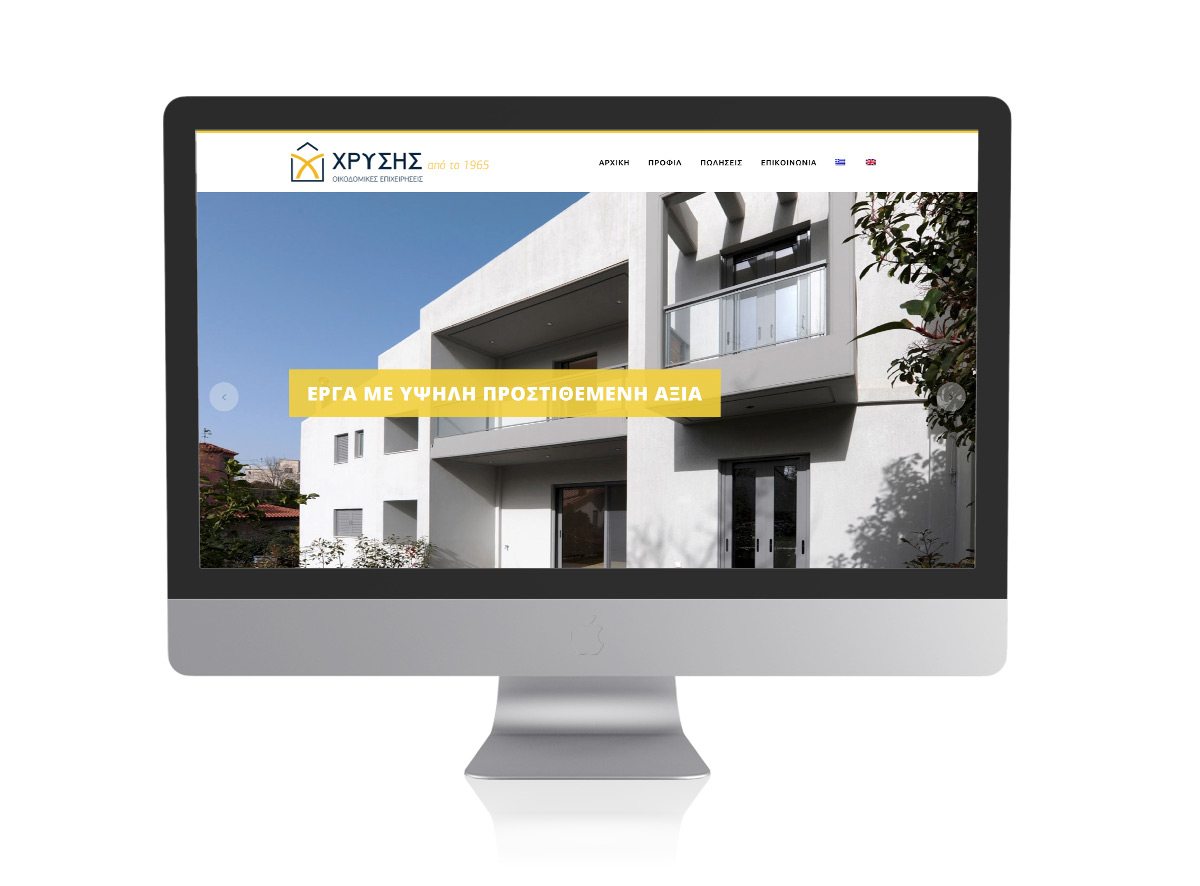 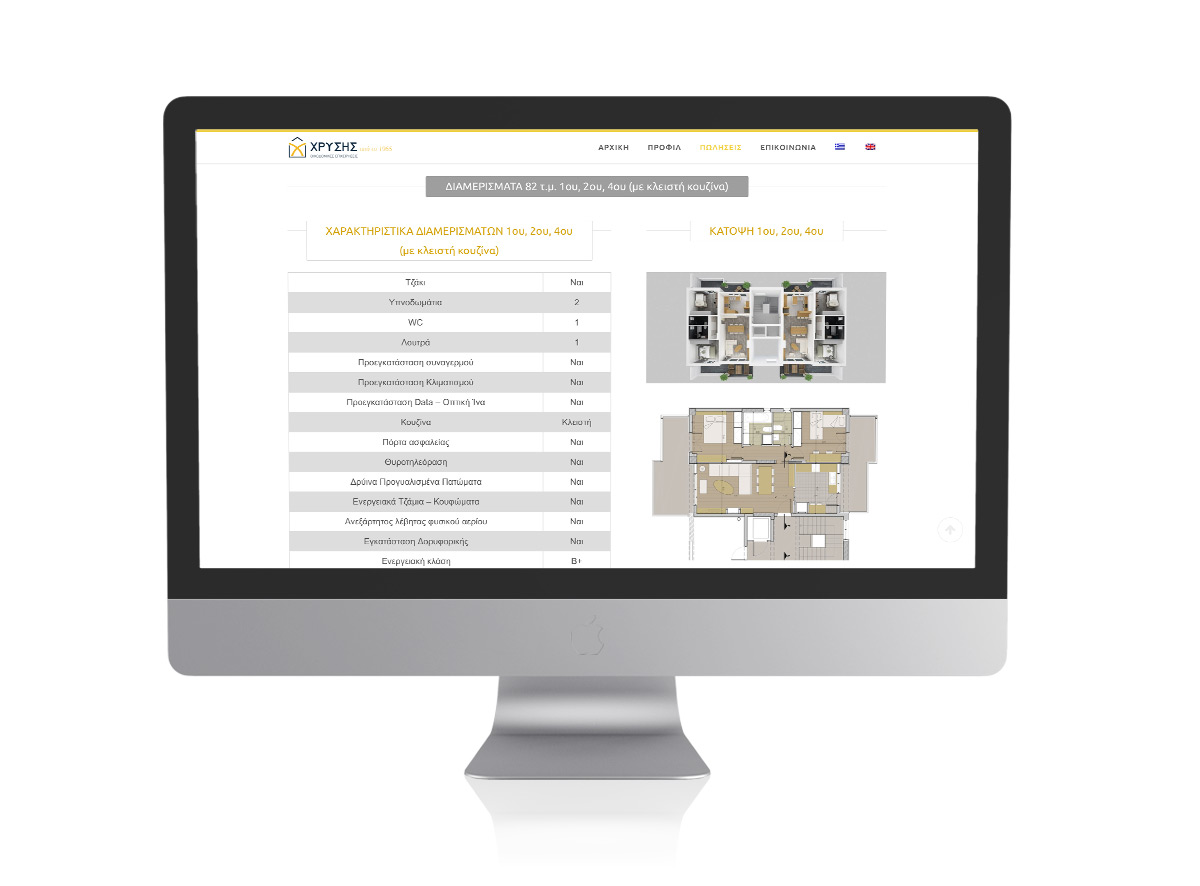